One Harvest engaged Wiley to design and build the extension to their expanded Smeaton Grange facility. The original facility was delivered by Wiley in 2015, and this project is to allow more space in their raw materials area. The extension provides more storage space and will allow One Harvest to produce more product to continue with their projected growth in the coming years.

Wiley began stage two of construction in late October this year. The entire build is refrigerated at 4°C, is a 150m long x 21m wide insulated panel building with a 58-pallet capacity storage freezer at -21°C on the eastern end.

Wiley has been involved with One Harvest since the early 90’s when Wiley designed & built their original facility at Wacol, in Brisbane.

Wiley’s Project Manager, Pat Wills said, “We have a strong history with One Harvest and are excited to be involved in the second stage of their existing facility. It’s fantastic to see the build underway, be back with the team and to see One Harvest stick to their growth goals.”

“It’s great to have some of the old subcontractors from previous One Harvest projects involved along with some new ones in the mix. Our key suppliers such as Tritech Refrigeration NSW, Askin Panels, ATSH Steel, Austral Precast, Conex Group, Simmons Civil Contracting, Winwave Roofing, Connect Infrastructure, On Top Electrical, Chris Mitchell Plumbing and Southwell are integral to delivering this project. A big thanks also to our consultants, MPN (Civil & Structural), MDA (Electrical), Aqualogical (Hydraulic), Douglas Partners (Geotech) and Greenfield (Certifier),” he said.

One Harvest began trading produce in the early 1930s at the Ipswich Markets in Queensland. Since then, the One Harvest family has grown to include four facilities, one farm and more than 1,000 people across Australia that grow, harvest, process and supply our value-add produce to supermarkets and green grocers around the country. They provide pre-packed salads and vegetables, prepared deli salads and fresh-cooked beetroot and potatoes to Australian supermarkets like Woolworths, Coles and Aldi. 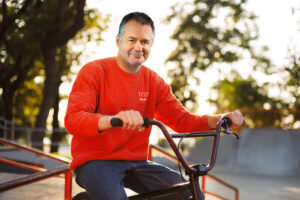 Wiley COO to Raise Funds for TRACTION in 2020 Bike Build